3rd July, Paris. Justin Timberlake is holding a show at the AccorHotel Arena with a new jacket. A jacket mixing the logos of PSG and Jordan, the Nike-owned basketball brand. A jacket that is teasing a future collaboration between these two brands. But mixing one football club and a basketball brand seems to be pointless. Let’s dig deeper into the key aspects of this partnership. 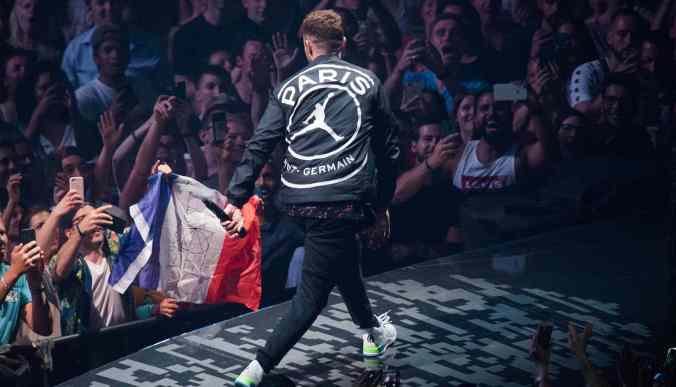 Basics: what is a co-branding?

Co-branding is the association of two (or more) brands to develop, sell and/or communicate on a product/service that will be signed by both brands. There are a lot of goals in this case: changing your positioning on the market, improving product life cycle, standing out the competition, share production costs, enlarge your target audience…

There are two types of co-branding:

Then, in this case, which one is it? Symbolic of course.

But what are the symbols, the connotations and denotations that will fuel this co-branding? For a strong introduction on these matters: Roland Barthes, Mythologies.

Paris-Saint Germain (PSG) is the top French football team. Owned by Qatar Sport Investment, PSG became one of the top European club, thanks to one of the bigger budget (close to €540m, 22 times bigger than the tinier budget in their national championship). So, football top stars started to arrive in Paris: Zlatan Ibrahimović, David Beckham, Neymar Jr., Kylian Mbappe…

With this new dimension, PSG had to rebrand from a medium brand to a premium one. To do so they had to change some things to upgrade their brand equity. So, they come up with a new logo (pic below) and a new claim Dream bigger. 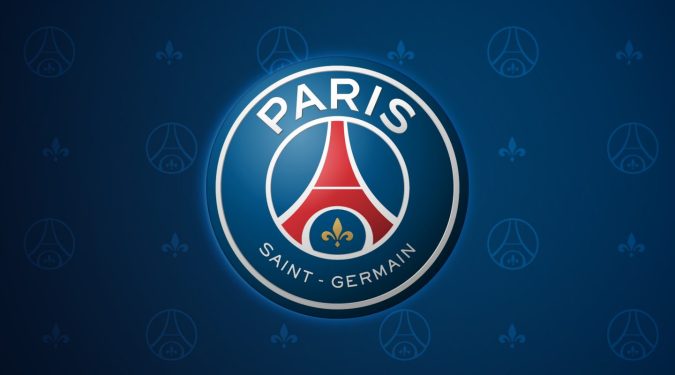 Dream bigger. What does it mean? The creative agency that worked on this, Dragon Rouge, choose the following strategic positioning: “Dream bigger. Gather supporters around the world around a universal brand”. Conclusion: PSG is not a football brand anymore. It’s more than that.

PSG is using some of the aura of Paris (the city of light) and football stars to reach new audiences. As seen in the brief “PSG was focussed too narrowly on a small (and shrinking) hard-core support base”. This new positioning is bringing them new markets (mainly South-America and Asia) and an increasing revenue (7th in Europe according to Deloitte Football Money League) in order to make it a profitable club (Qatar Sport Investment). France is not the main market for PSG anymore. Football either.

With this new (and strong) brand they started to make their way outside football, as a lifestyle brand, using their jerseys as a fashion item. You may have seen them during Paris Fashion Week 2017, at Koche’s parade. So, they filled the gap. Being a lifestyle brand will open them North-American market and strengthen their position in Asia.

And they filled this gap with the help of the no1 sport apparel brand: Nike (for a bloody load of money). 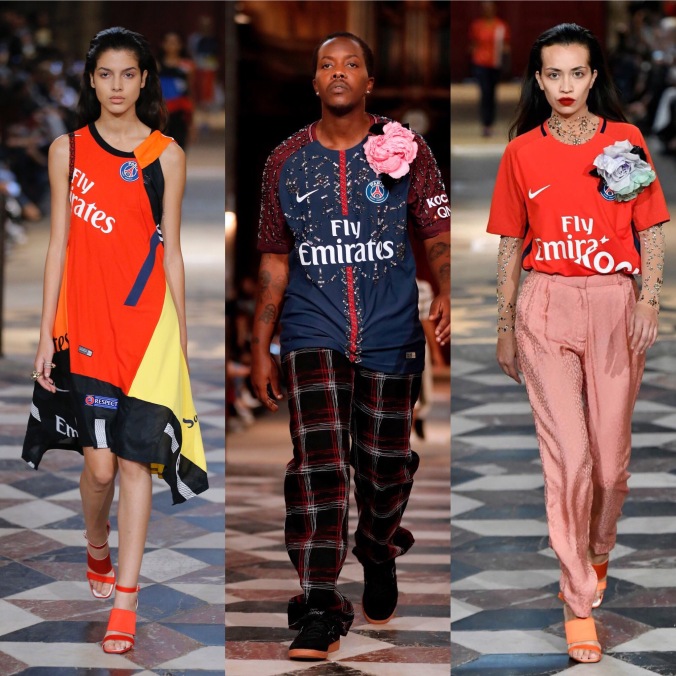 Jordan. Owned by Nike, the eponym brand (Michael Jordan please) with its iconic “jumpman” logo is now aiming for football fans? Not at all.

Jordan and Nike got strong ties with Paris creative people, sneakerheads and fashion influencers (Note: Nike’s creative teams are now based in Paris, France). Of course, Jordan is still a basketball brand but thanks to the people written above, they succeed to turn into one of the top urban style brands.

This is also a consequence of how basketball is seen nowadays. Not only as a competitive sport but as a casual sport which belongs to the streets and which players are stylish people. Street Culture in fact. 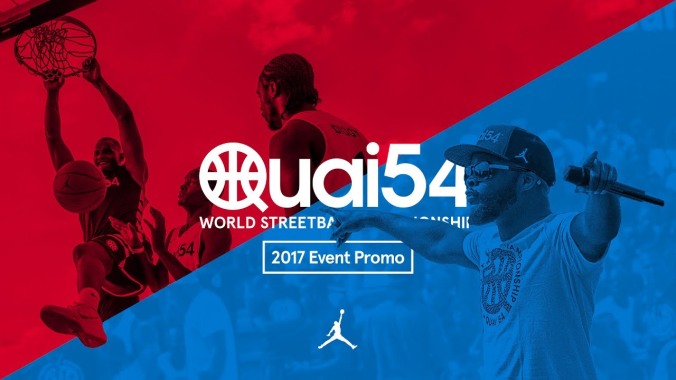 To continue its growth to Europe, Jordan needs to step more in Paris, because Paris became with the years the European capital. And what is more Paris and sport? PSG of course. And please note that for a few years, NBA players attend to PSG games and wear PSG’s merch as part of Nike’s marketing strategy.

A basketball partnership could have been an opportunity but the two top clubs in Paris area, Levallois Metropolitans and Nanterre 92, don’t that have the same aura. Despite some tries from PSG to buy and add them to their other units (PSG already have a Men & Women football teams and a Men Handball one). These moves from both parties could be a sign of a future involvement in basketball for PSG.

This collaboration can be divided in two lines:

When they first teased this collab with Justin Timberlake jacket, voices came up saying that they shouldn’t mix PSG logo with Jordan’s one. In a marketer mind, modifying a logo means modifying part of your DNA, of your identity with potential losses in terms of brand equity and customer-related matters.

As said previously, PSG already changed their logo a few years ago. This new logo is giving away items which were attracting hardcore football fans, but which were also related to the “bad years” of PSG. “Bad years” meaning active hooligan groups and bad sports results.

So, like any “shrinking” product, they had to propose a new product: the new logo and DNA.

A new version of their logo, beside their regular, could be a true threat. With this one, bringing some basketball DNA into PSG’s one, the club could totally lose the last hardcore fans. PSG needs hardcore fans. These are the people which create the in-stadium atmosphere. Despite a report saying that a football club can make profit with an empty stadium, you need this atmosphere to be.

But PSG won’t lose its hardcore fans. Mainly because this new logo won’t be used on team’s jerseys. So, they may not even care to wear a Jordan (CL jerseys) or a Nike (national competitions) branded jersey as long as the logo remains the same. Furthermore, speaking of graphics, the Eiffel tower is replaced by the jumpman. Jumpman which have the same shape as the Eiffel tower! 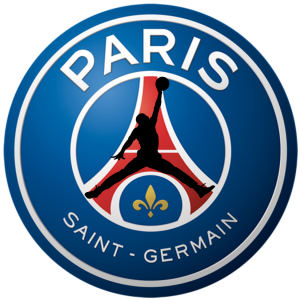 Then, this “close to the original” logo, the one which will be used on the lifestyle range of the collab, has one and only goal: attract fashion addicts. Fashion addicts, sneakerheads, hypebeasters… Doesn’t matter how you call them (or how they call themselves) they are ready to spend a lot of time and money to acquire THE fashion item that will make them stand out from the crowd. Read Highsnobiety to learn more on this community.

Sports brands are trying to reach them more and more for the average budget they can spend on a limited edition, a brand-new product or a hype collaboration between two brands. To do so they are multiplying innovative brand experiences to use these people love for apparel, love that they share on social networks. For example, Nike created a digital queue for the release of new Air Max shoes in Japan, with stunning results in terms of sale and digital interactions.

PSG and Jordan collaboration generated a first (ie mixing two brands which are originally from different sports) in sport industry. This first generated such a massive hype that they don’t need to set up this kind of experience for the moment. They might need it if they push their collaboration for more collections and years.

Note: even if it’s a “first” (which is a call for followers to copy), I don’t see currently any top European club able to turn this kind of collaboration a success.

PSG and Jordan, even if they are (originally) from different sports are completing each other on this collaboration.  This is why I think this collab will work because their overall DNAs are matching on their different marketing goals. This collab is an expression of PSG’s claim Dream bigger in real life. It will allow PSG to expand his customer base and Jordan to improve its « street credibility » within sport apparel brands.