For quite a long time, this Men is convinced that he is nothing else than an animal. In this way, he should only be free. Thus, Life should only be motions. Not the motions that led you from baby to kid, from kid to schoolboy, from schoolboy to student, from student to employee, from employee to retiree, from retiree to deceased. These are not motioning. They only are inertia and conformity. Here, he talks about motions, jumps, sometimes flowing, sometimes erratic, bringing you from one individual state to another. And, if the only sure thing in that life is that it inexorably led you to Death, the ultimate motion, the purest, the one that propel you into Eternity. So, this man prefers to not wait quietly for the Eternity to take him. He relies on himself to stay on the move, always looking for his happiness and Harmony. This question is still pending: which place takes that travel within all these motions? 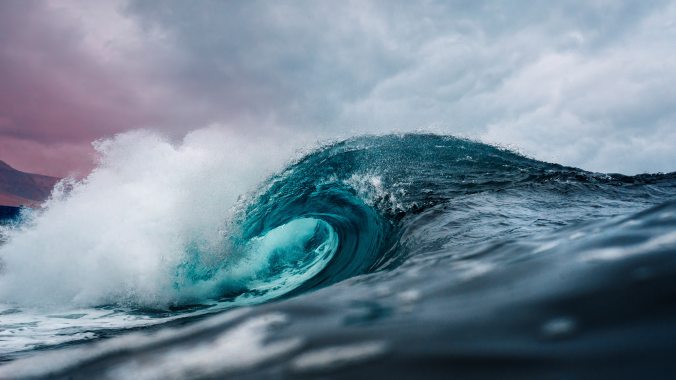 First answer that appears is flight. Flight from a particular “working life” (as he was not working before and/or will be after) made of compromises with himself. Flight so called adult’s responsibilities and its injunction to choose a life. Beware, this travel is not a flight in a negative sense but in a Deleuze meaning, a line of flight, a dodging strategy, a guerrilla.

To office job, full of privilege and comfort, promised by the society through the path he realized (without any merit), he objects travel. He flights from working world to precarious world, from nomads’ immigrants (sorry “backpackers”, he comes from a rich country and fakes forgetting that words are important). From this he only touches a tear from the essence of what is constituting bohemian life. Barter of obligations.

To office day, he takes days on building sites, where Humans are crying and metal burns. To bullshit jobs full of meaningless tasks, he takes the laborious monotony of factories, where machines crunches and Humans are screaming. To work promising him financial earnings for him and his company, he chooses hospitality, where everybody smiles but nobody laughs.

He does not know anymore.

He should not be trying to refrain the storm inside him. He has to let it free. Because he is the storm. Talking about him with himself is here full of sense.

This storm influenced by affects and passions can only lead him towards the achievement of his values and their corollary: his happiness. In any case, that is in what he trusts.

Self-understanding by working. He already tried. It does not work. Still remains self-understanding by the lack of work, which does not mean idleness. Made easier by his precarious way of life, he tries to push himself away from the moralist injunction to work, to do something else. Something that please him, without any financial counterpart (end of prostitution), only what he considers to be Good: have a positive impact on a society.  Whether it goes by helping others, getting bored in the highest meaning of the word, committing into an artistic expression or simply stop running after his life, contemplate the world and told himself that it is beautiful and that it is beautiful to love… Take back control of his Time, of his rhythm, that is a freedom that can be reached in his situation. He could have done it before. Elsewhere. But no. The travel is the perfect opportunity. Starting from (barely) zero. An inner promised land.

But if he is travelling that is also to meet other people and discover himself through them. Because if negating others is negating himself, accepting them is accepting himself. Meeting other people is discovering new personalities, personality traits layouts, structures, different experiences. Agreeing with it, if it gives him to discover and think. He receives and gives freely. If he thinks instinctively that the social origin of “backpackers” is not so diverse, he has the surprise of the nationality.

Moreover, this travel never had the purpose to “work on his English” – however, that is what people will constantly say him, on a personal and professional side – the Globish (Global English) he speaks and the accent he wears are only reflecting his will of social belonging, experiences and past encounters. A background to share, neither to water down nor hide by any shame. A different motion from his previous one. Different and truer.

Meeting new people appears to him as an obligation  of his new way of life, salutary and agreed, allowing him to destroy the defensive wall that he built for his will of achievement. Never express anything, never get affected by anything, be better than the others… This is not interesting for him anymore. That wall was a limit he must go beyond.

After all, why for? Nothing else than pure wind and the comfortable apathy offered by the neoliberal/capitalist/consumption/spectacle/insert adjective barely transgressive and radical about the current society.

Destroying that wall is a way for him to discover a new section of his individuality: humbler encounters, selfless and helpful (un-competitive). Even if he knows that its good intentions are illusional, accepting them is taking a new line of flight, an extension of the first, amplifying the motion. So, intrinsically good for him and, maybe, for others.

A gipsy story tells that their lifestyle is forced by a malediction striking them, because they forged Christ’s nails. Chased by this, they must be constantly moving, forced in a freedom by the one they took from another. Enjoy to not be cursed (dum spiro spero) to choose the direction and the meaning of your motions, towards the Good (pursuit of happiness, searching for your freedom, etc.) and the achievement of your travel.